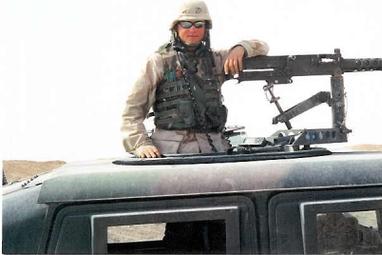 Brian McPhillips was a 1996 graduate of BC High and a 2000 graduate of Providence College. He joined the Marines in 1998. He was based at Camp Lejeune, N.C., serving with the 2nd Tank Battalion, 2nd Marine Division. Killed in action conducting Operation Iraqi freedom at the age of 25 on April, 4 2003.

1st. Lt Brian McPhillips, known to his Marines as “Scouts 6” raced down “Highway 6” just miles from Baghdad. His platoon was leading the way for a 100 mile column of 7,500 Marines and 2,000 vehicles. As McPhillips patrol got close to route 64 Easting, they noticed Iraqi civilians started waving their arms in a stopping motion in an effort to stop them. They beeped their horns and were yelling stop! 1st Lt Brian McPhillips got on the radio and gave a situation report. With most of the advancing column behind him under fire, he was instructed to keep advancing!

Unknown to the Marines, the civilian were warning of an ambush ahead of approximately 600 foreign fighters. As the marines advanced the enemy gun fire started  slowly then got more intense as pushed forward. Oil fires set by the foreign fighters created a screen of black smoke and obstacles littered the road. The insurgents were close enough to throw sticks of dynamite, fire their RPGs and were supported by heavy machine gun fire. Under fire and fighting their way through the ambush zone, 1st Lt. McPhillips showed no fear as he fired accurate and effective rounds with his 50 caliber machine gun. He was able to reload his 50 cal six times with 200 round belts before being mortally wounded. “Scout 6 is down” was broadcast over the radio! A marine saw the lieutenant go down and then heard the call. He instructed his driver to pull along side of McPhillips Humvee and jumped moving vehicles to man the silent machine gun while the others rendered first aid to the lieutenant. Lt McPhillips was one of four marines killed that day.

Watch the YouTube video below of the advancing marines and hear the actual call over the radio as his unit was notified of his status.

Battlefield Diaries 2-6 - Ambush in Iraq
Watch as correspondence travel with the marines filming the action of April 4 2003. (Skip to the small segment about 1st Lt. Brian McPhillips at 17:00 into the clip).
Click Here to watch!

Ambush costly for Marine Battalion
An article written about the ambush of April 4, 2003 by Jim Lander for the Dallas Morning News.
Click Here to read!

Two rooms were renovated in memory of the fallen marines of the 2nd Tank Battalion. These two rooms are located at 2nd Tank Battalion Headquarters on L Street on Camp Lejeune. One of those rooms is called the Lieutenant McPhillips War Room. Marines worked on their own time and provided most of the money to create the war room, which is a reading room, and the library now filled with books and other reading material in honor of 1st Lt Brian McPhillips. 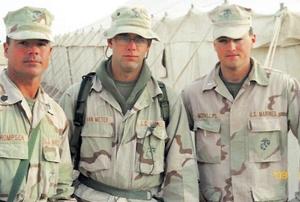 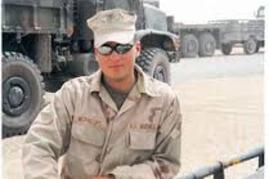 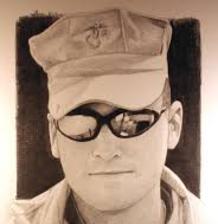